On Friday, as part of my Innovative Teaching Grant from the Pearland ISD Education Foundation, my students completed their second data collection lab.

Since my subject partner’s classes were not participating in the data collection, we had ten CBR2 to share among all students in the class.  With several students out for a pep rally, students were able to work with a partner, and each student collected his/her own data.  Students dropped a racquetball below the CBR2 motion detector.  The CBR2 collected data for position vs time for 5 seconds. 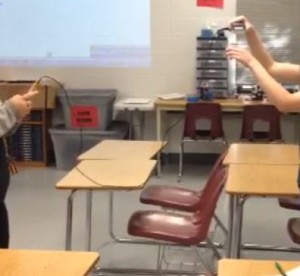 An example of one student’s data collection. 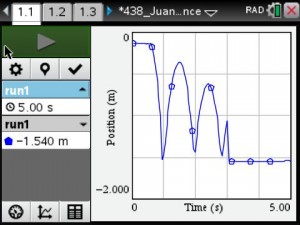 Students chose one bounce to model.  They selected the bounce and struck the outside data. 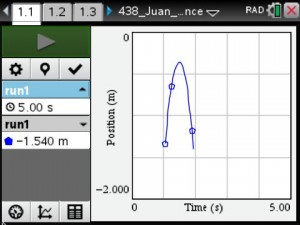 Then they sent the data to a Data & Statistic page to analyze the bounce. 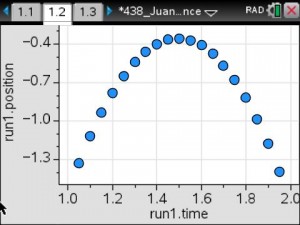 Scatterplot of One Bounce 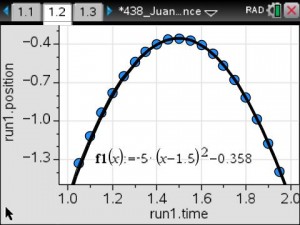 Then they expanded the vertex form to get the equation in standard form.  This student’s equation was

Next they had the calculator find the quadratic regression for their bounce. 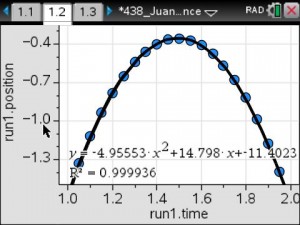 Students answered the questions on the record sheet.

More than one student commented, “That was fun.”