On Wednesday, as part of my Innovative Teaching Grant from the Pearland ISD Education Foundation, my students and my subject partner’s students completed their first data collection lab. 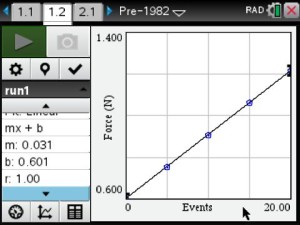 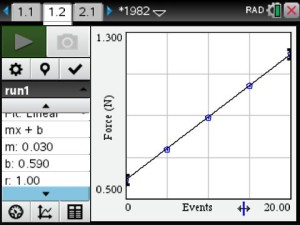 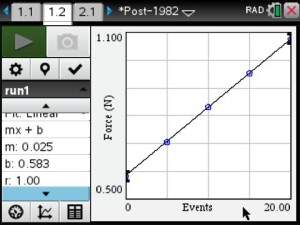 Today, I sent the students some follow-up questions using the TI-Nspire Navigator Quick Polls to assess their understanding.

I showed the students the graph below and asked “Which object weighs more?”. 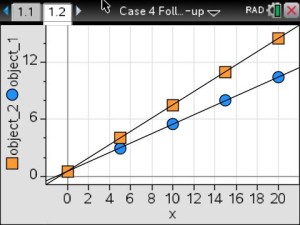 The results from one class period: 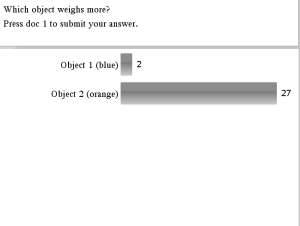 Almost every student correctly identified the correct answer.  All other periods had similar results.

The results from one class period: 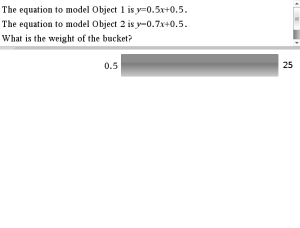 Every student correctly input the correct answer.  All other periods had similar results.

Finally, to truly test their understanding of the meaning of the slope and y-intercept, I told the students, “You weighed 5 objects and found the weight to be 10 N.  The bucket weighed 0.5 N.”  I asked them to “Write an equation to model the weight of x objects.”.

The results from four class periods: 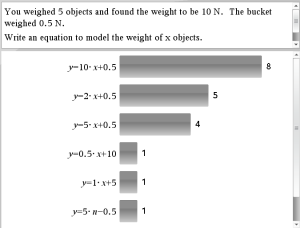 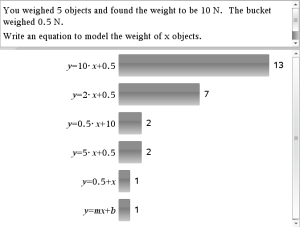 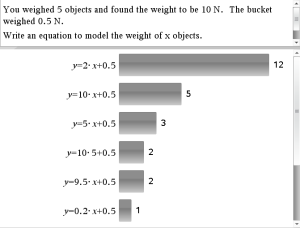 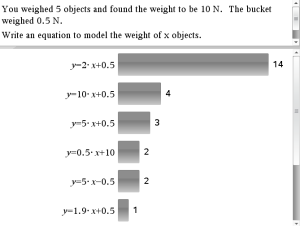 The first two classes needed some reteaching regarding slope.  The last two classes did better, but there is still room for improvement.  My last class period did not participate in the follow-up questions due to class orientation meetings during their class period.